For Civil rights attorney Thurgood Marshall, the 1954 Brown v. Board of Education Supreme Court decision to desegregate America’s public schools completed the final leg of an heroic journey to end legal segregation. For 20 years, during wartime and the Depression, Marshall traveled hundreds of thousands of miles through the Jim Crow South, establishing precedent after precedent, leading up to one of the most important legal decisions in American history. Along the way, he escaped the gun of a Dallas sheriff, was pursued by the Ku Klux Klan on Long Island, hid in bushes from a violent mob in Detroit, and even escaped his own lynching. In this impossible environment, Thurgood he won more supreme court cases than any attorney in American history and set the stage for the modern Civil Rights movement. Special Feature – A conversation with Supreme Court Justices Elena Kagan and John Paul Stevens.

Civil Rights Activist and Author of Ghosts of Jim Crow

Some stories are better told in film than in books and this is one of them. This is an exceptionally good documentary about a man who was probably the most important person in the struggle for civil rights in addition to being a great Supreme Court Justice.

This is a stunner of a film. It documents one man’s steady service to the “ancestral imperative,” the duty imposed by talent to move the ball of justice down the court, if only an inch. Thurgood Marshall won 10 Supreme Court decisions, culminating in 1954’s Brown vs. Board of Education, which found “separate but equal” public education to be unconstitutional.

This is the most comprehensive and accurate account of Thurgood’s early life I have seen.

This is a must watch movie. The foundation for the Brown vs the Board of Education case, was laid in place by the many smaller judgments won by the NAACP led by Thurgood Marshall legal team. 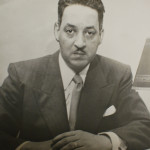 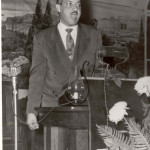 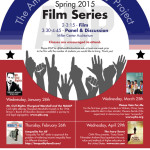 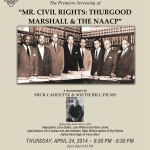 Have you seen Mr. Civil Rights?

Let me know what you think