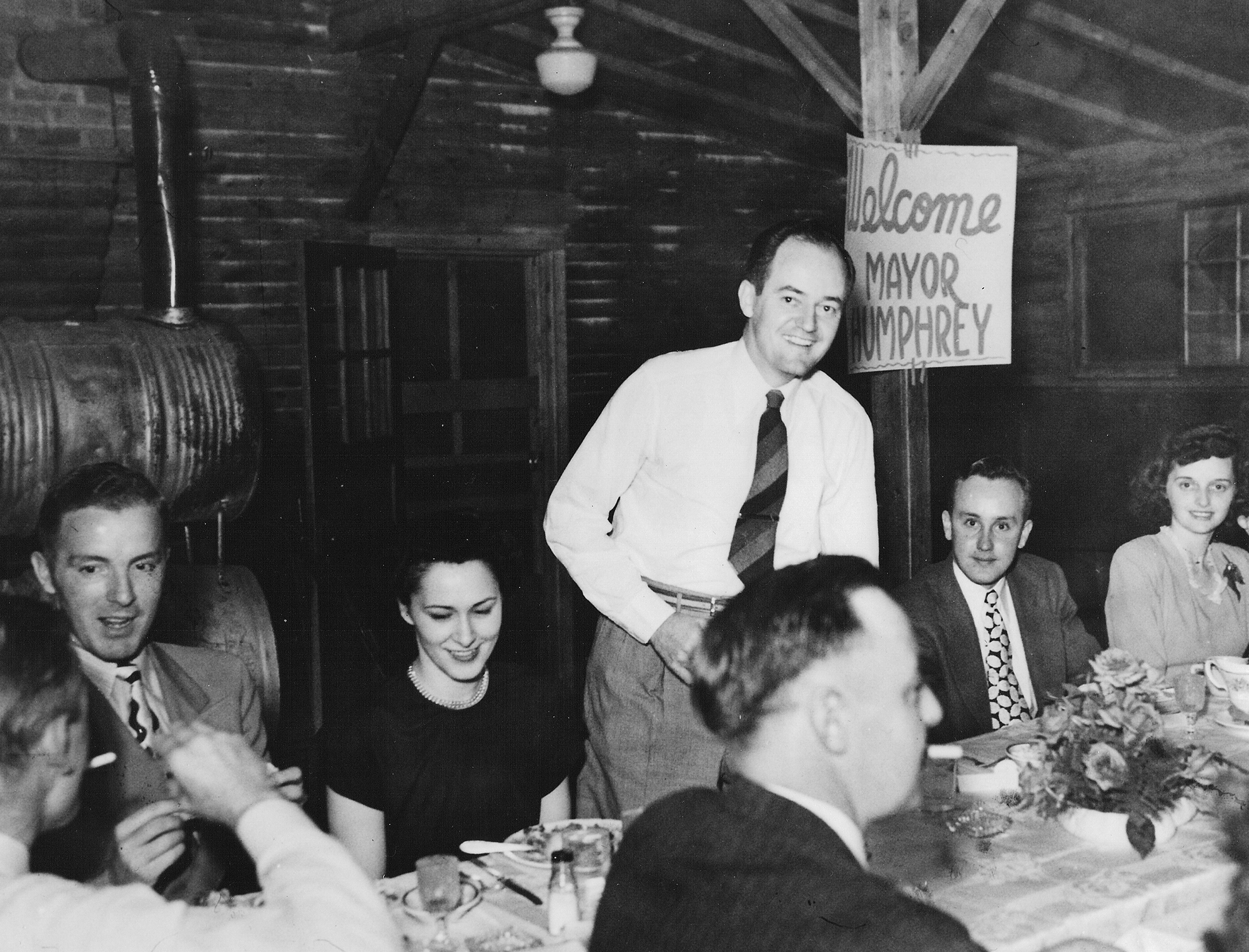 Over the ten years that it took to produce our film Hubert H Humphrey: The Art of the Possible, we traveled to 10 cities and spoke with 52 friends and colleagues, but we were only able to briefly summarize the remarkable story that we heard about his brief time as Mayor of Minneapolis.

In only three short years in office, Humphrey changed the face of the city. His reputation spread so rapidly, that he was he was soon recruited to speak at the 1948 Democratic Convention in Philadelphia, which began his meteoric rise to national and international fame – and lost was the story of his significant impact on the city of Minneapolis. With the film Mayor Humphrey of Minneapolis we intend to right that wrong.

In the 1945 he became the youngest Mayor elected by the largest majority in city history. With little administrative power against a corrupt and uncooperative city council, Mayor Humphrey instead used the office as a bully pulpit, bringing the fight directly to the people by forming citizen committees to the confront the discrimination of minorities, restructure the police department, and solve dozens of other municipal problems.

We will hear about the miraculous ways in which he changed the city, from former mayors Art Naftalin and Don Fraser, who called him “ the greatest mayor Minneapolis has ever had.” From Bill Moyers, Roger Wilkins and Nellie Stone Johnson we will hear how Humphrey changed life for Jews and African-Americans, and began his long crusade for civil and human rights. Along the way, he created the nation’s first enforceable fair employment practices law, fearlessly reigned in crime and corruption, personally negotiated over 35 labor strikes, and convinced Northwest Airlines to stay in town with an expanded airport.  Against bitter opposition, In the middle of a deadly polio epidemic, he helped bring Sister Elizabeth Kinney to Minneapolis, and then went on the radio to read to quarantined children.

After all it has recently been through, the city of Minneapolis now faces some of its greatest challenges,  yet some of the problems remarkably the same as they were in Humphrey’s day, and it is important to examine the work of Mayor Hubert Humphrey, as a model for future change in a troubled city.