As the independent film production company for Mick Caouette, the mission of South Hill Films is to rediscover and recreate the lives of the heroes of quiet courage who have shaped the world in which we now live. Although their names have been lost in the parade of our history, America has been greatly improved by the work of heroes like Thurgood Marshall, Frances Perkin sand Hubert Humphrey – those, who in the words of Joseph Campbell, had “given their lives to something bigger than themselves.”

Finding and capturing these stories is not an easy task, as these names are not easily recognizable and funding is often difficult. Our ultimate success depends on the helping hands of many people from many disciplines — from our contributors to our interviewees. With no corporate funding, we have enjoyed a rare editorial freedom made possible by small foundations and individual contributions. If you would like to help in our mission to preserve these important lost stories, please go to our support page.

Mick Caouette began producing non-fiction films in 1996, as an Associate Producer for the series The Greatest Trials of all Time on the early cable channel, Court TV. The Capture and Trial of Adolph Eichmann and The Scottsboro Boys were well received, with the latter winning the New York Film Award. He went on to co-produce for HGTV on the series Restore America with Bob Villa

In 1999 Mick began to produce his first independent films, The Heart of Bassett Place and Eugene J McCarthy: Muses and Mementos, followed by three films for American Public Television, Hubert H Humphrey: The Art of the Possible,  Mr Civil Rights: Thurgood Marshall and the NAACP, and Summoned: Frances Perkins and the General Welfare, which have been  broadcast on over 300 PBS stations throughout North America. They are now available for streaming on Prime Video, and widely used in classrooms, archives and libraries throughout the country. Currently in development is one new production, Mayor Humphrey of Minneapolis.

In addition to his film work, Mick has produced short presentations for special events, including speeches by President Bill Clinton and Vice President Walter Mondale, and built his own career of public speaking.  A full resume is available upon request.

Mick is available to speak on a variety of topics, from keynotes to panels and exclusive “evening with the producer’ screenings of his films, which have been successful in a variety of settings and venues. In the course of his 25 years as a writer and producer, he has recorded hundreds of hours of interviews with many extraordinary history makers. From these extended conversations, only a very few minutes appear on-screen, and many magical moments are lost on the cutting room floor. 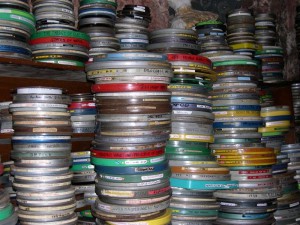 Mick has added a new presentation format for the discussion and study of social issues, and he is now bringing these never-before seen interviews to a live audience in a unique way, weaving them with background and backstories. Some examples of these “golden” clips can be seen below – these are just a sampling of a vast archive of interview material. Subject areas can be tailored to your interest or gathering.

Note: These clips are low resolution for previewing purposes only and are not to be reproduced without permission.

Carter on His Youth

Hubert Humphrey talks about democracy in a 1976 interview with Bill Moyers.

Justice Elena Kagan tells the story of being hired as a clerk to Justice Thurgood Marshall.

Gene McCarthy talks about Vietnam and reads one of his poems.

Bill Moyers speaking about his nomination as Deputy Director of the Peace Corp, and Humphrey’s role in it.

For more info about Southhill Films, projects, Mick’s availability for private or public events or any other inquiries: info@southhillfilms.com, or call/text to 612-206-1195.